This project consists of an old PC in the car’s trunk, connected to the car’s audio system and playing MP3 files stored inside a hard disk.

SOFTWARE:
MPXPlay and some other softwares were used to play the music files. It already supports keyboard, remote control, lcd, joystick and mouse. The MPXF is a front-end to increase the visualization resources to be used with the LCD.

The LCD (HD44780) is connected to the parallel port and can display several kinds of information, for example: artist, title, album, genre, length, etc. A couple of trimpots were used to adjust the brightness and the contrast.

A 26-way cable was used to bring the lcd, backlight, leds, on/off button and music control from the car trunk to the front panel. A DC to AC Power Inverter (12V -> 110V – 80W) was used to power the computer.

On the initial version, the mouse buttons were used to control the music. A mouse was opened and the mouse buttons were replaced by real buttons on the car front panel. On the second version, a numeric keypad was cut from a complete keyboard and some reconnections were done to make it work again. The LCD was put where the numlock/capslock/scrolllock keyboard lights were before. 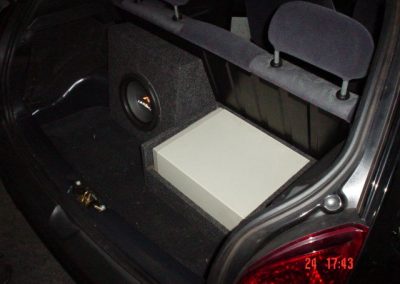 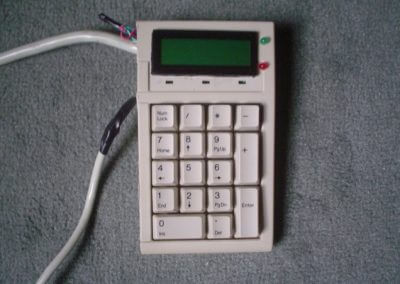 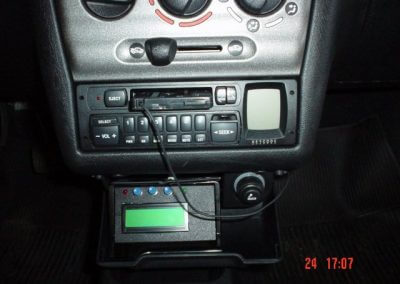 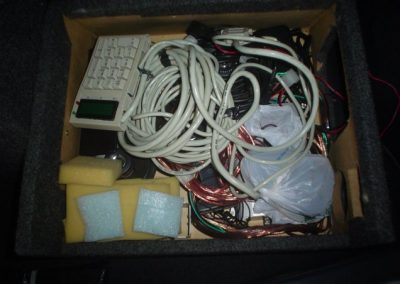 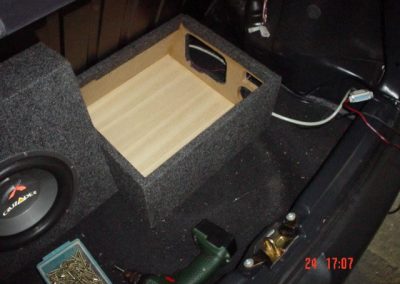 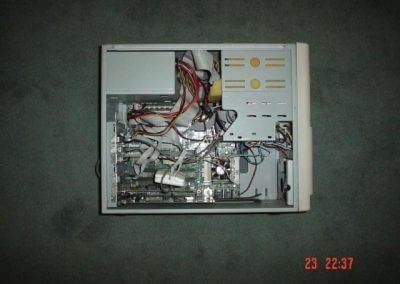 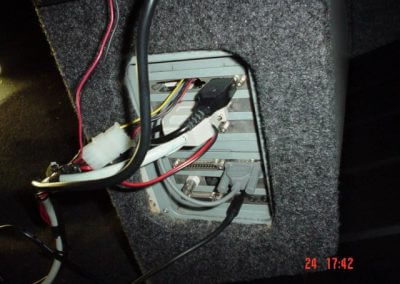 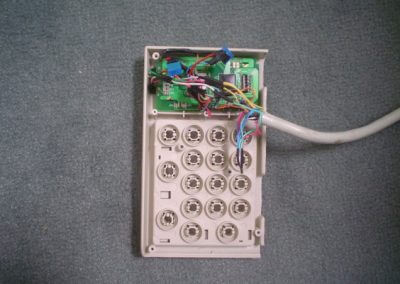 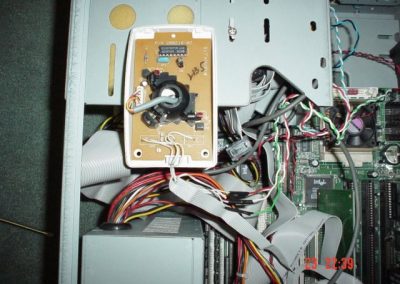 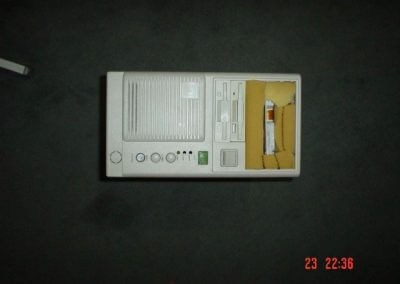 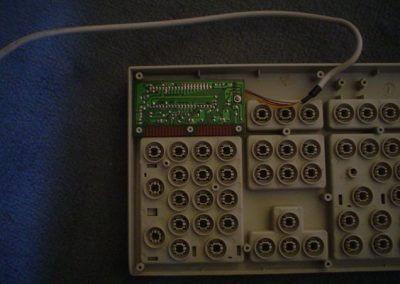 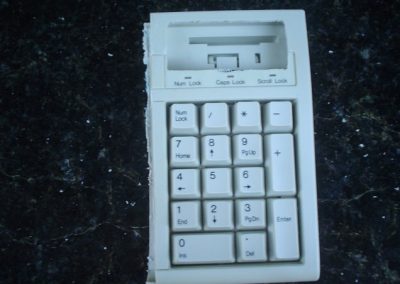 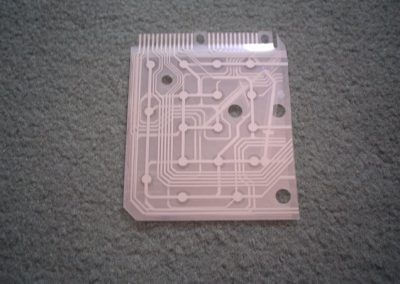 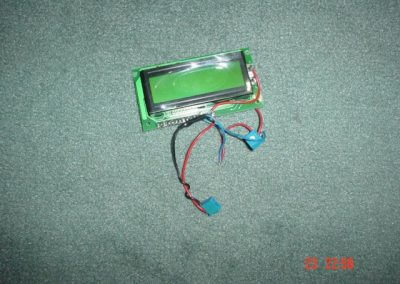 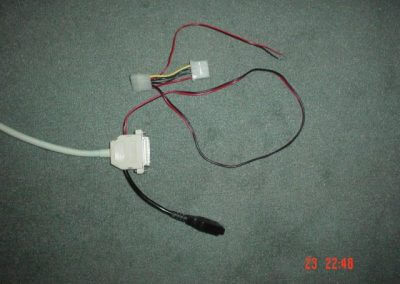 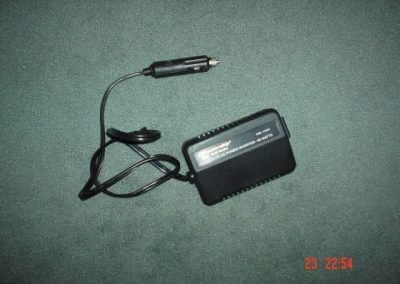 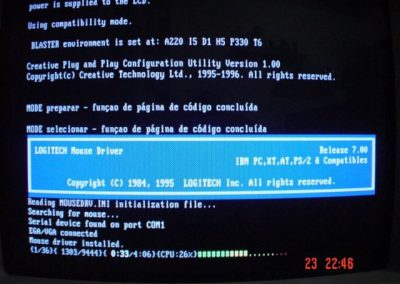